Improve your Workflow: Microsoft Word as the Cure for the InDesign Bottleneck

Microsoft Word As The Cure For The InDesign Bottleneck

Let me start by saying I love Adobe InDesign. I was an early adopter. Back around the turn of the century I was trying to convince print vendors to accept InDesign files. At the time they were accustomed to QuarkXPress. I’m happy to say that my pleading finally worked and InDesign is now the industry standard for all print and digital layout. Its my layout program of choice, and shame on anyone using Illustrator or Photoshop for layout, but that’s a topic for another day.

Anyway (and you didn’t hear this from me) InDesign may not be the best option all of the time. I’m going to tell you about a dilemma that plagues any company producing large templatized documents. I’m not talking about magazines or catalogs that have unique layouts on each page. Training modules, for example, are typically large sets of documents requiring consistent professional design and corporate branding. Okay here it is…If your training modules are built in InDesign, then you probably have an InDesign bottleneck problem.

Picture it…It’s 11pm on a Friday. You’re a project manager, and you’re almost done. The client wants this project yesterday. You just need to add a final reference to the InDesign document. Legal is about to close the door and you can’t find the designer to edit the file. Now what?

Therein lies the InDesign bottleneck. But I have the solution. You may not want to hear it, but it’s right and will make life easier for you, your writers, your editors, and in the end, even your designer. Want to hear it?

Use InDesign for design projects. If you have a large document that is templatized, use Word. Let me explain. Typically, the documents start in Microsoft Word. The writers, editors, and project managers all have Word. Everyone has Word, for that matter. Those documents are drafted in a plain text, or “vanilla”, word document. At some point that vanilla document gets sent to the design team for “layout”. From there, that content gets flowed into an InDesign template, styles are applied for consistency, and the end result comes back probably looking nice. The problem is, now only the designers can edit it.

“But Word doesn’t look professional!” you say. Well, have you seen CrossTrainer’s word document template systems? I bet you can’t tell our finished products from an InDesign document. CrossTrainer also trains teams on how to use the Word template system and properly apply styles in brief template training webinars. The best part is that your entire team maintains edit-ability through the entire draft process, through final, and after completion, because it never gets pulled into InDesign. Additionally, its a great starting point for multiple delivery formats including smart PDFs, learning portals, and responsive e-learning.

Any designer reading this—I get it, you don’t want to do layout in word. Neither do I, I love InDesign and I feel your pain. But these documents don’t need to be “designed”. A great template and some brief training is a win-win. Save your skills for the real design projects, you’ll thank me later. 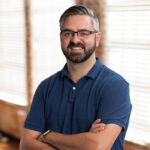 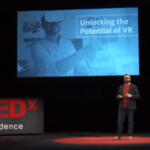 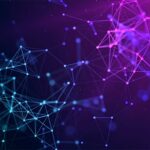