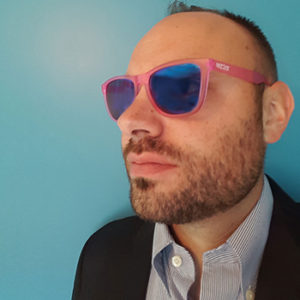 Co-founder, Crosstrainer Mixed Reality
Jason has been on the forefront of 3D, AR and VR on the web since 2008, leading development on over 60 marketing campaigns for a number of Fortune 500 companies. Projects he has led have garnered a SXSW award for Responsive VR, as well as 3 Emmy nominations and numerous other advertising awards. Two years ago, Jason left the marketing world to dedicate his focus to enterprise AR/VR applications and web-apps, with the aim of adding value and proving the viability of these technologies in the marketplace. Jason’s current work focuses on the verticals of training, realty, engineering, tourism, museums and events, and VR-commerce.
Linkedin-in
Scroll to Top